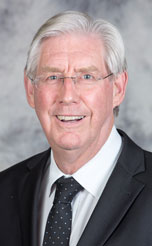 Steve Russell has lived in and around Hornsby Shire for over 30 years because he believes Hornsby Shire is a great place to live. Steve is employed in a senior managerial role after selling his own business of 26 years in 2000.

Steve wants to encourage more business activity throughout the Shire because he recognises the positive knock-on effects of local job creation and a strong local economy. He also recognises the potential of the Hornsby CBD and other town centres and wants to realise that potential to ensure the centres are vibrant exciting places. He believes there is an urgent need for workable plans for Hornsby’s ‘Westside’ and will work towards developing those plans.

Steve is a great advocate for the rural area and the many sporting clubs in the Shire. He was part of the team that successfully sought additional funding to improve and upgrade local facilities including drainage, sportsgrounds and ovals, and has pledged to deliver many more improvements to local facilities during this term of Council.

* These suburbs are split by the ward boundary so are listed under two different wards. 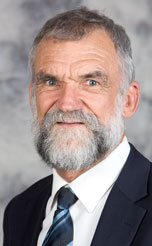 Mick Gallagher served as a Councillor on Hornsby Shire Council from 1991 to 1995 including the positions of Deputy Mayor in 1994 and Mayor in 1995. After 17 years Mick was re-elected to Council as an A Ward representative in 2012.

Since then he has also visited Canada, the USA (including Alaska & Hawaii), the Cook Islands, Tahiti, Fiji, UK, Ireland, France, Morocco, Turkey, India and Kenya.

Mick now lives in Mt Colah having retired from a full time naval career, and is an active member of the Neighbourhood Watch Program in the area. He is also a guest journalist with the local news publication The Bush Telegraph Weekly.

Mick is well known for his proactive role in the community having supported a wide variety of local activities including fundraising and other campaigns.

Nathan Tilbury was born in Hornsby Hospital in 1971 and grew up in Berowra. In his mid twenties he left the area to reside overseas, returning in 2005. He lives in Hornsby with his partner and two daughters. He brought his family to the Hornsby Shire because of its unique bushland, proximity to city, strong sense of community and sense of safety.

He is well known for his contribution to local sporting groups, and was previously the President of Berowra Cricket Club and is current President of Hornsby, Ku-ring-gai & Hills District Cricket Association (4,000 members). Nathan is also current Chairman if Northern Metropolitan Cricket Council. His involvement with local groups has given him a strong understanding of local issues and concerns.

Nathan was elected to Council in 2012 as an A Ward representative. His priorities for this term of Council include:

Antony Anisse grew up in Hornsby Shire and continues to live in the area. He and his family appreciate both the bushland characteristics of the area and the proximity to various town centres, making the Shire a truly unique place to live.

Antony considers the Shire has some of the best sporting and recreational facilities in Sydney, and as a keen sportsman he has enjoyed making full use of all these facilities, and he hopes to work towards establishing many more.

He has been actively involved in local church, school and sports groups with an emphasis on promoting multiculturalism together with providing young people with the opportunity to engage with the community through cultural and sporting events.

Antony studied Economics and Law at Macquarie University and is now a corporate lawyer with TressCox Lawyers. He was elected to Council as an A Ward representative in September 2012, and his priorities for his term in office are:

Antony is an advocate for community engagement, a balanced strategy and responsible decision making to ensure that Hornsby Shire will be an even better place to live for decades to come.

© 2021 Dural and Round Corner. All Rights Reserved